FROM 2002 TO PRESENT, A KEY REALITY AT THE SERVICE OF THE PORT MOVING BY RAIL

WE OPERATE IN STRATEGIC LOCATIONS, CONNECTING NATIONAL AND EUROPEAN RAIL NETWORKS TO OUR PORT

Adriafer was founded in 2002 by the Network Port Authority of Trieste with the aim of consolidating and boosting the railway vocation of its port. The company started the activity of railway shunting in 2004 in the port area only.
Over the years, Adriafer’s work favours port traffic and at the same time supports the work of Trenitalia and the terminals, offering an added value service.
Soon the company grew, arriving on January 11, 2016 to handle all the convoys departing and arriving from the Port Terminals, in particular at the V, VI and VII Piers, which together account for 80% of the flow of goods affecting the Trieste area.
The area of shunting activities expands outside the port area in the course of a few months, to operate in neighboring rail yards such as the Trieste Coastal Depots (DCT), the Siderurgica Triestina Junction and the Trieste Freight Village.
2017 marks the beginning of the mainline service: after obtaining the Safety Certificate and the License to operate as a Railway Company on some routes Adriafer can run the first trains with diesel traction.
In 2018 comes the appointment of the company by the AdSP as the sole manager of the railway shunting in the Port, which brings an important reduction of time and rates in railway operations. The following year sees another important milestone for the company: obtaining the Single Safety Certificate, which allows Adriafer to operate online on the entire national railway infrastructure managed by RFI. 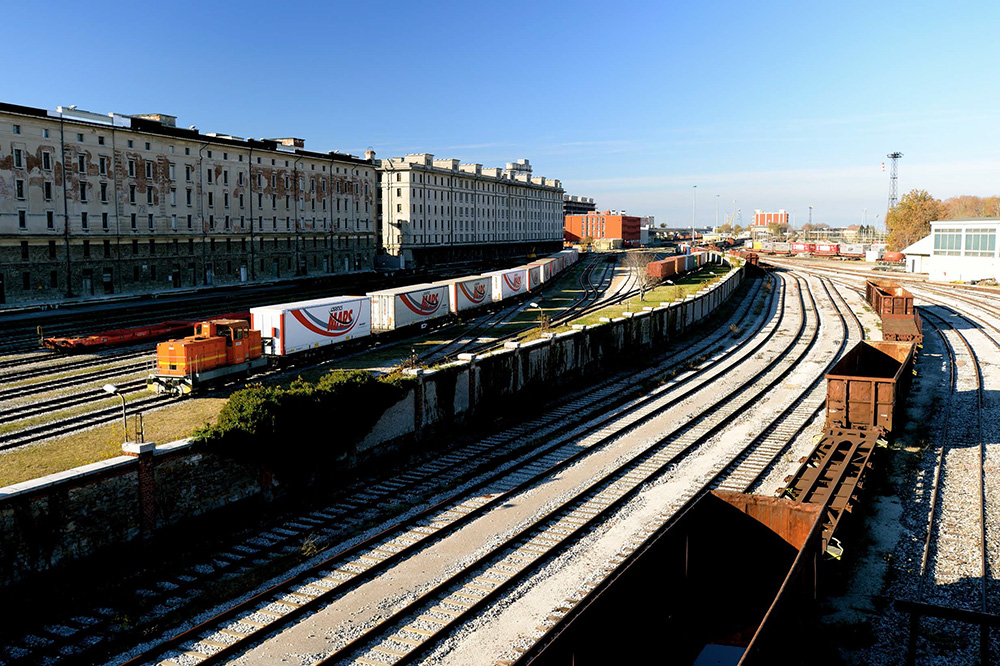 ISSUE OF LICENCE NO. 65 FOR “FREIGHT TRANSPORT SERVICES BY RAIL”. 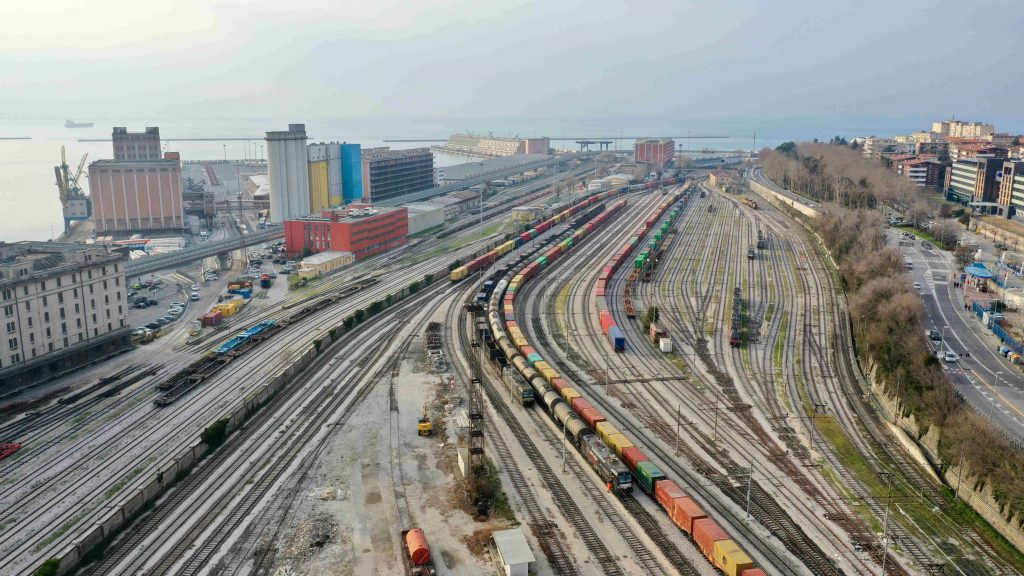 Adriafer started to carry out the primary shunting at Trieste Campo Marzio, in fact managing all the shunting from PFN to the Port terminals.
2016

EXECUTION OF SHUNTING OPERATIONS FOR TRAINS BOUND FOR DCT

EXECUTION OF SHUNTING OPERATIONS IN THE SIDERURGICA TRIESTINA RAILWAY CONNECTION

Start of shunting activities inside the Siderurgica Triestina Railway Connection
2016

Issue of Safety Certificate Part A and Part B
2017 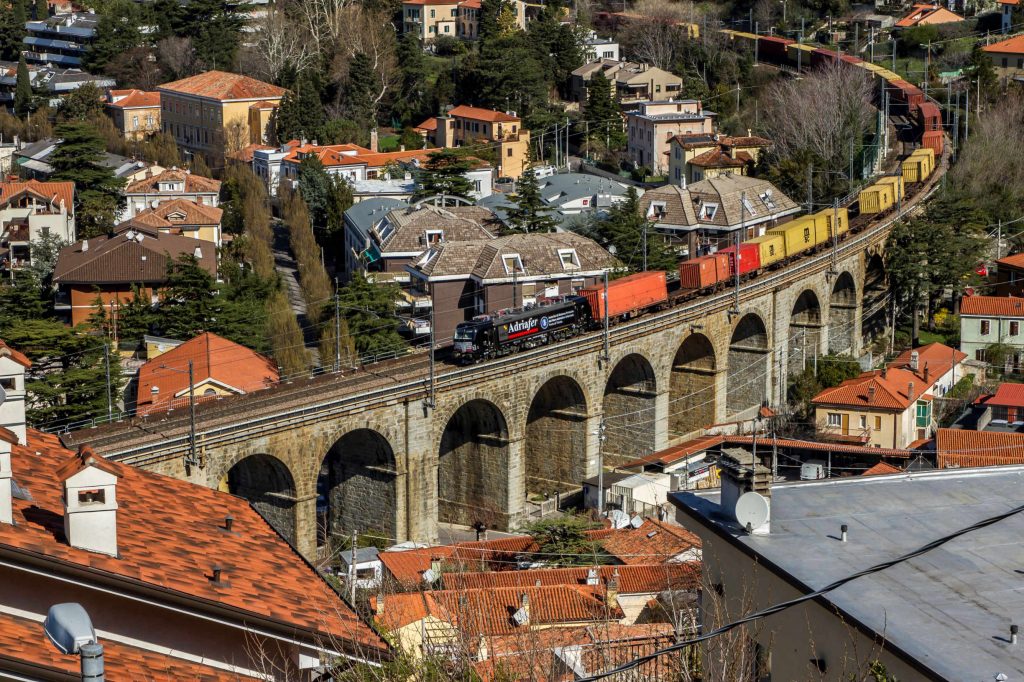 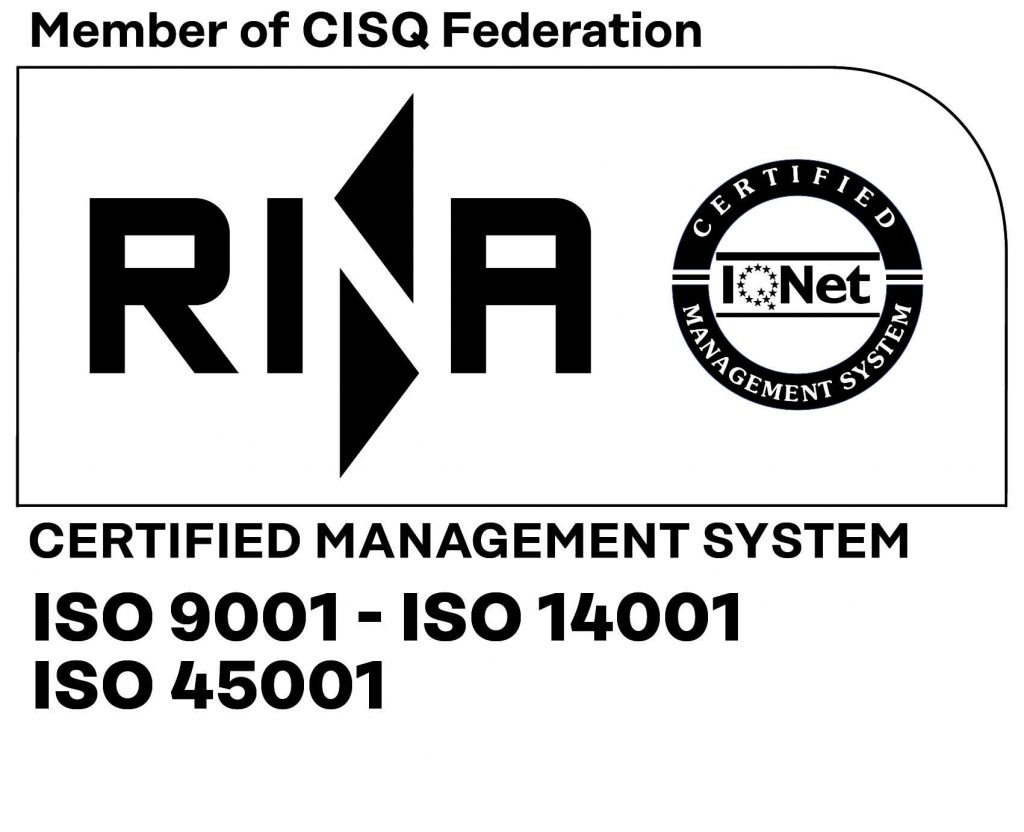 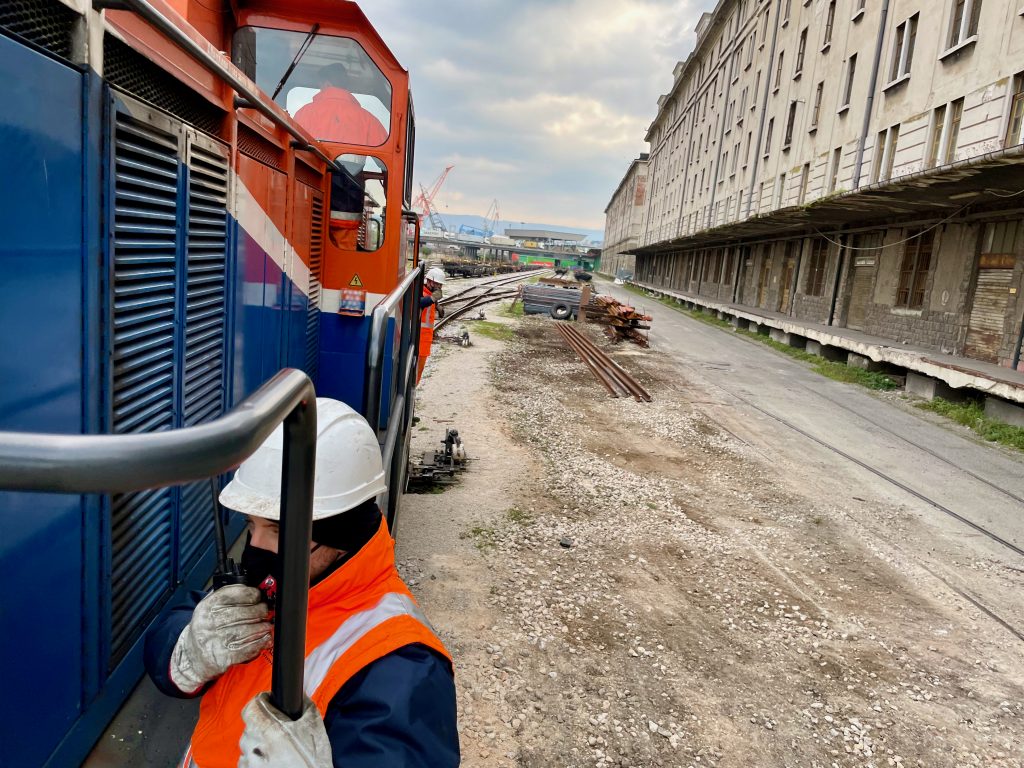 Sole Manager of Railway Shunting of the Trieste Port District
2019 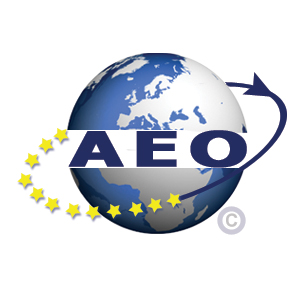 FIRST TRAIN TOWED ON THE TRANSALPINE (VIA ROZZOL)

Traction of the Adriafer trains from Villa Opicina to Trieste Campo Marzio on the Transalpina rail route via Rozzol, with final destination at Pier VII.
2020

Single Safety Certificate for the Transport of Goods and Dangerous Goods

Our growth goes hand in hand with the development of the Julian port, which in terms of rail volumes is the first among European ports in relation to total tonnage and the only one of its kind in Italy, the result of a careful development policy pursued by the Port Network Authority in recent years.

The numbers speak for themselves: if five years ago we were operating 5000 trains, during the last year, thanks to a fleet of 11 locomotives and more than 100 agents – we moved more than 7000 trains and hauled more than 700 trains on line.

Although 2020 saw a sharp decrease in shunting activities, caused not exclusively by the pandemic but more by the closure of the Servola business line, 2021 is confirmed as the year of recovery.

In fact, the numbers for the first two months of this year suggest a growth trend that is expected to be around the values of 2019, if not slightly lower.

The principles that guide our every action

One of our primary objectives is represented by the respect of the “lead time” and the continuous adaptation to the programs and operational needs of the terminal operators, to the necessities related to the loading and unloading of ships and to the requests of the various rail carriers.

We are a young and dynamic company that promotes unique initiatives in the Italian railway scenario. What distinguishes us is our ability to maintain a strategic vision over the medium to long term that often makes us act as ” forerunners” in the implementation of new services.

Towards our customers, towards the port community but also towards the environment.
We want to achieve high levels of environmental sustainability, meaning a harmonious growth in the volume of goods in transit across the country in parallel with a reduction in transport costs and ever lower levels of pollution.

We have an ongoing commitment towards innovation and research, promoting the development of innovative services and technologies that keep pace with the challenges of modern logistics.

Our goal is to make the rail service of general interest for the port area, under conditions of independence and with a fair and non-discriminatory offer, ensuring the maximization of production efficiency and cost containment for stakeholders working in the port.

We are part of the big “Port family” and see every opportunity as a time to earn the trust of our customers and the Port community.

We aim at the continuous search for efficiency and punctuality in our operations, to serve our partners and customers in an excellent way, offering a customer oriented approach.

The key to our success lies in the fact that we are an absolutely neutral entity offering quality services to the logistics community, in order to improve the connection of the port of Trieste with the national railway infrastructure.

A logistics system that embraces the entire region 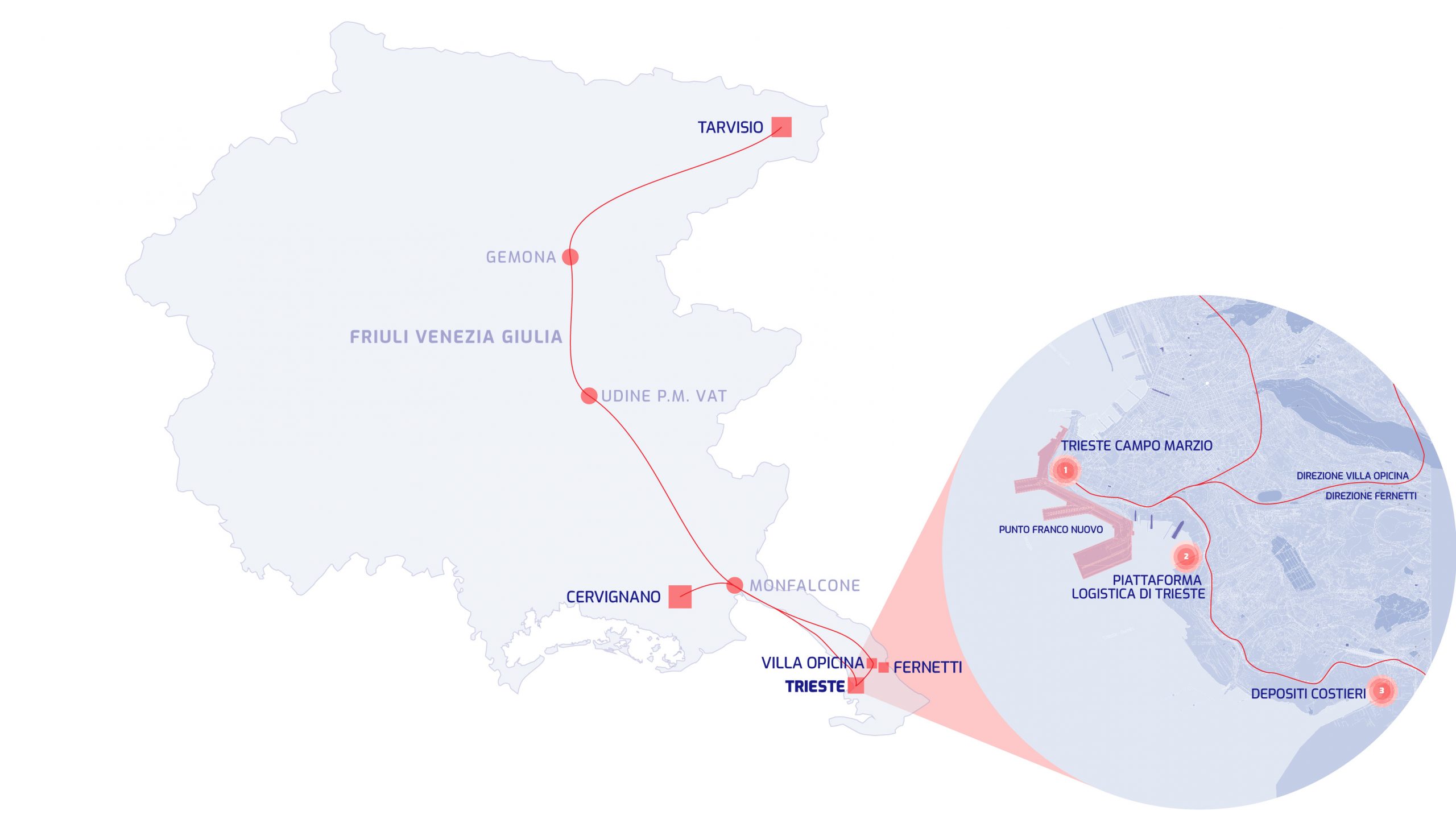 Adriafer does not limit itself to operating
within the Trieste port area, but reaches both
the freight villages of Cervignano and
Fernetti as well as other logistics
destinations in the region, reaching the Italian-Slovenian border
at Villa Opicina and the Tarvisio transit point.